The 26th Faldo Series European Grand Final supported by Emirates Golf Federation this week returned to Al Ain Equestrian, Shooting and Golf Club after a delay of two years due to the Covid pandemic.

58 Junior Golfers representing 18 different nations earned their place in the field having successfully qualified through events that took place in Europe, Africa and the Middle East. For 2022, players from the U.S. and Asian Grand Finals also received invites to take part.

As the sun rose on Day one, players were met with ideal conditions, namely an immaculately manicured golf course and no wind, this was reflected in the scoring, as 13 players broke par. Jamie Mann stood atop of the leader board at the close of play after posting a sensational bogey free 63, which included 7 birdies and no mistakes on his card. Jamie’s lead by a stroke as Taiwan’s Ting Wei Chang produced a 64, made up of 5 birdies, an eagle and just a single dropped shot.

Ana Dawson of the Isle of Man, competing in the Girls under 21 division matched the score of Ting with a 63 of her own and no dropped shots. Lucky Cruz of the United States required little luck in his round of 65 which saw his lead the Boys under 16 division. Lara El Chaib of Abu Dhabi Golf Club took control of the Girls under 16’s with a solid 68 that contained just a single dropped shot.

Day two saw no let up it in the superb scoring with 19 players in the field going under par despite the golf course being set up to be quite difficult, but fair.

Ting Wei Chang picked up where he left off on Day one by producing yet another six under par 64 to take the lead on -12.

An Eagle at the short par 4, 4th Hole saw him make the turn in just 31 strokes. Two birdies and no blemishes on the back nine meant his bogey free round was good enough for a one stroke lead over Jamie Mann, with Jamie posting an excellent 66 to get to -11 overall and would set up a final day duel between the pair for the Boys under 21 and the Overall title.

Aaron Lin, who is Ting’s club mate and also from Taiwan, squeezed himself into the final three ball on Day three by posting a 63 to add to his opening 69 and for -8 overall. Aaron would sit just four strokes back from the lead and eyeing a final round push at the title.

Ana Dawson may not have produced the fireworks of her Day one opening round, but she still held a firm grip over the Girls under 21 title as her 69 put her on -7 total with an eight shot lead over her nearest challenger in the division, One Kashima who was on plus one.

Lucky Cruz mixed three birdies with three bogies on his second round for a score of level par 70 which saw him head into the final round on 5 under. Michael Lugiano posted a second round 67 to move to -2 and sit just three strokes behind Lucky in the Boys under 16’s.

Lara El Chaib posted a second straight two under par 68 to move to -4 and take a seven stroke lead entering the third and final round with Isabella Taylor – Stokes on +3 being her closest rival for the Girls under 16 title.

After two days of ideal scoring conditions, players arrived at the course for Day three and were met with a stiff, strong wind which wasn’t something they’d had to contend with on Days one and two.

All players would start from the first hole for the final round instead of the two-tee start operated for the first two rounds.

Hole 1 at AESGC is a 424 yard par 4 with out of bounds running along the entire right side of the hole. All players in the final group showed no nerves however as all three found the middle of the opening fairway.

A hat-trick of birdies from Hole 5 put Ting Wei Chang in full control of the tournament until potential disaster struck on Hole 9, with his tee shot having pulled left and into trouble. His ball would not be found and he would head back to the tee to reload. Five shots later however and he tapped in for a triple bogey 7, meaning that his lead over Jamie Mann sat at just one stroke. They both played the next seven holes in level par to leave the lead still at a single stroke as they stood on the 17th tee.

Both players hit superb tee shots to the Par 3, roughly 15 and 20 feet, but Ting struck the first blow as his putt never looked like missing and found the middle of the cup. In contrast Jamie’s attempt was agonizingly close but his ball stayed above ground. With some breathing space Ting then split the fairway to the Par 5, 18th Hole, with a 3 iron to the heart of the green which then set up the easiest of birdie chances and resulted in a three stroke victory as Jamie could only make a par 5.

Ting Wei Chang took the Overall victory on a score of -13 and was also crowned Boys under 21 Champion in the process .

Ana Dawson had a stranglehold over the Girls under 21 division all week and she would not leave disappointed as her final round 71 saw her post an excellent total of -6 for the week and became the Girls under 21 Champion by a winning margin of four strokes over Japan’s One Kashima who made a final round push by posting a three under par 67.

The Boys under 16’s division came to a dramatic finish courtesy of a three-way play off between England’s Ben Bolton, Lucky Cruz and Michael Lugiano from the United States, with the trio finishing on -3 for their 54 holes.

The Par 5, 18th hole would be played as many times as required until we had a winner.

Lucky came up just short and right in the desert with his second shot, as Michael produced arguably the shot of the tournament, a hybrid from the middle of the fairway that landed on the front of the green, which slid just by the hole and settled 18 feet from the flag.

Lucky would make a par 5 leaving Michael with a two putt to take the Boys under 16 Title, making no mistake as he rolled his putt to within inches of the hole for the easiest of tap ins.

Round 3 saw Lara El Chaib combine four birdies with four bogies for a level par 70. At close of play, Lara sat on top of the Girls under 16 leader board and took victory by six strokes over Isabella Taylor – Stokes.

A wonderful week was enjoyed by all here at AESGC for the 26th Faldo Series European Grand Final.

We’d like to thank Sir Nick Faldo for having been part of the event in person for the first time in 3 years and for having hosting a clinic for the Emirates Golf Federation Junior Development Program players as well as also hosting a seminar for the participants of The Grand Final itself.

The Gala Dinner also saw Sir Nick perform a Q&A alongside Faldo Series Director, Matthew Faldo where the six times major winner discussed his career from the time that he first picked up a golf club as a teenager all the way through to becoming World Number 1 for almost 2 years straight.

We’d also like to extend a big thank to Sir Nick’s legendary caddie Fanny Sunesson as well, who accompanied the Swedish players this week but also hosted a seminar on the practice day giving the competitors some insight and invaluable knowledge on the shot decision process and the mental aspect of the game of Golf. 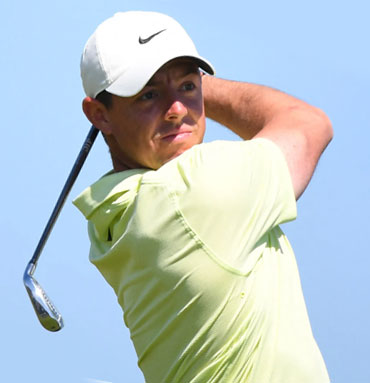 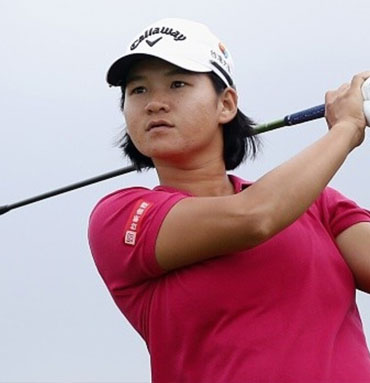 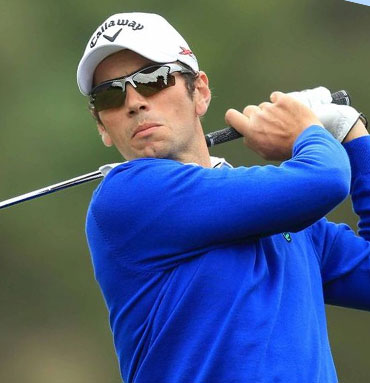 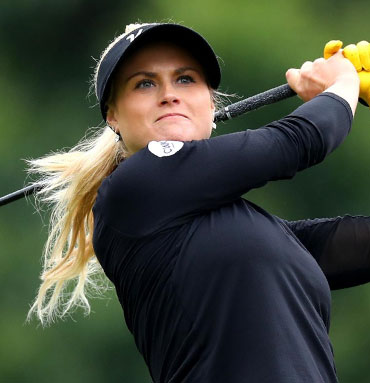 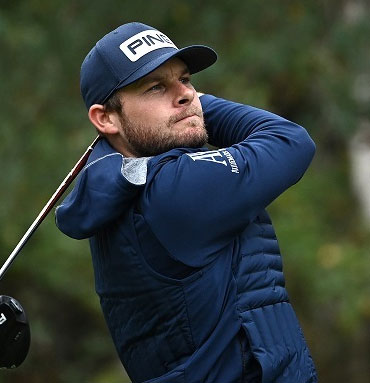 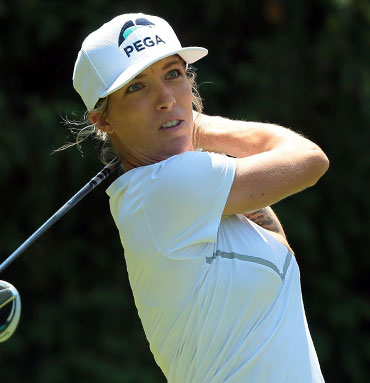 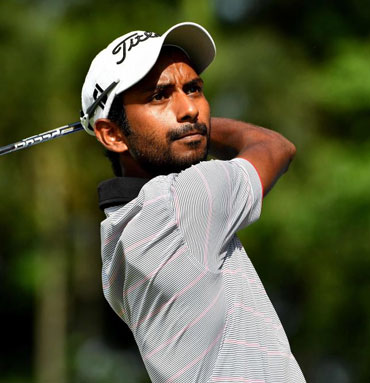 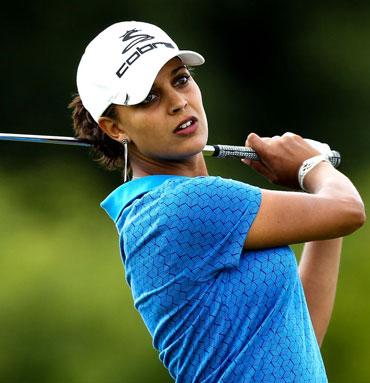 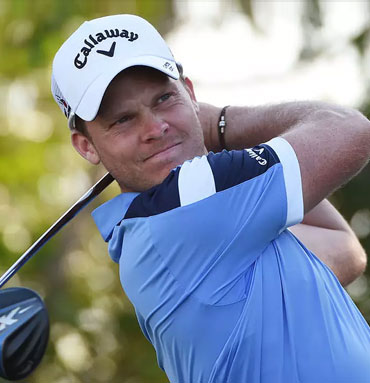 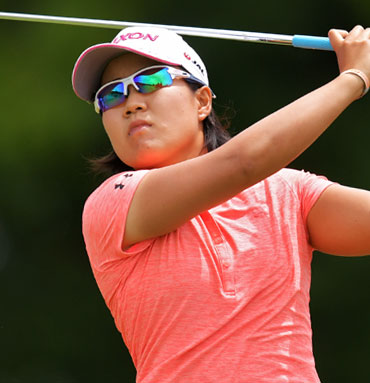